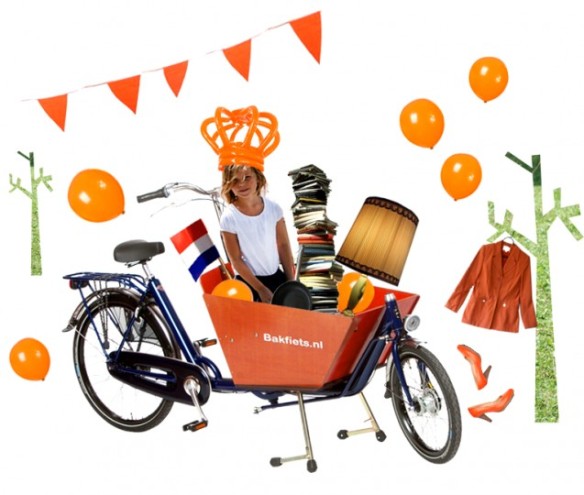 That’s all I could think when reading about Emily Finch of Portland, Oregon, who bikes around town with six kids between the ages of 2 and 11.

I rode my bike with one child until 30 weeks when I just couldn’t peddle around my baby belly anymore.  And I gave up pulling a bike trailer with two boys in it long ago.  I thought biking around with almost 100 pounds of boy flesh and gear was too much.  This woman once estimated her load at FIVE HUNDRED AND FIFTY pounds.

Are you feelin’ the “wow” yet?

I wonder what kind of reaction she gets.  I know Portland is rather green, but it’s still the US.  Most people would choose a hybrid automotive over a bike for commuting any day.  And that would be just for one adult.  Piling all your kids in one bike instead of a minivan by choice?  Yeah, right.

In Germany, lots of people bike.  It’s not only good for the environment; it’s cheaper.  And totally normal.  Well, as long as said bicycle does not contain more than two children.  I think it’s safe to say Emily would be stared at in Germany as well, though more for the number of children than the bike itself.

If you haven’t read the article yet, you can do so here.

And then leave a comment to let us know – could you ride around town by bike with your children – no matter how many of them you have?  Would you?