The boys are back at kindergarten this week (hip hip, hooray!), so Doc Sci and I had time to squeeze in a few more dates before the end of his paternity leave.  We had heard about an okay Mexican joint in Freiburg, a city just on the edge of the Black Forest.  Considering the crap Mexican we’ve experienced everywhere in Germany (except Berlin), we agreed to gamble on “okay.”

We hit up El Gallo on Tuesday because – thrifty as we are – burritos and quesadillas are on special for €6,50 all day.  Though it’s not clear from their website, El Gallo does have a lunch menu (Mittagskarte) that features a smattering of dishes from the main menu with smaller portions and prices.

The server spoke decent English, and we ordered one of each of the specials, a chicken quesadilla and a beef burrito.  He brought us the teeniest cup of chips and a tablespoon of salsa to tide us over while we waited.

The chips were real fried corn tortillas (a good sign), but the salsa was a mystery.  It looked like tomato puree with several flecks of spices.  However, when it hit the tongue, all flavor disappeared.  It tasted like… nothing.

My chicken quesadilla was more like a burrito folded in half.  It oozed with juicy shredded chicken and a smidge of cheese.  A thick squiggle of sour cream adorned the top, crowned with another sprinkling of shredded cheese. 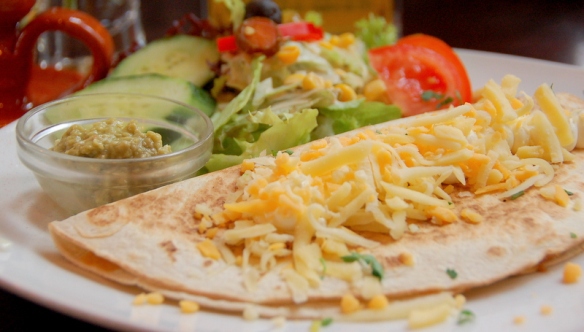 The quesadilla is supposed to come with crumbled goat cheese, but I asked if cheddar could be substituted instead.  The server had no problem with this, but he explained to me it was a mix of cheddar and mozzarella.  Say, what?

The chicken, although greasy, did not smack me in the taste buds – no heat and minimal seasoning.  Germans do not like spicy food, and this quesadilla would not disappoint them.

Doc Sci’s beef burrito had a little more zest.  The meat had specks of jalapenos in it as well as some peppers, onions, and tomatoes.  It had a certain porky aftertaste, though the menu insisted it was totally beef (Rindfleisch).

Beans and rice accompanied the burrito, but the flavoring was all wrong.  The yellow rice lay there devoid of tumeric.  The bean mixture contained only white, no pinto.   It reminded me of a bean and onion confit with tomato, nothing Mexican about it.

Both the quesadilla and the burrito came with a German-style salad: iceberg lettuce mounded with hearty tomatoes, hefty cucumbers, corn, and a slice of bell pepper smothered in creamy dressing.  If you don’t like gobs of white salad sauce drowning out the vegetable flavor, request it on the side. 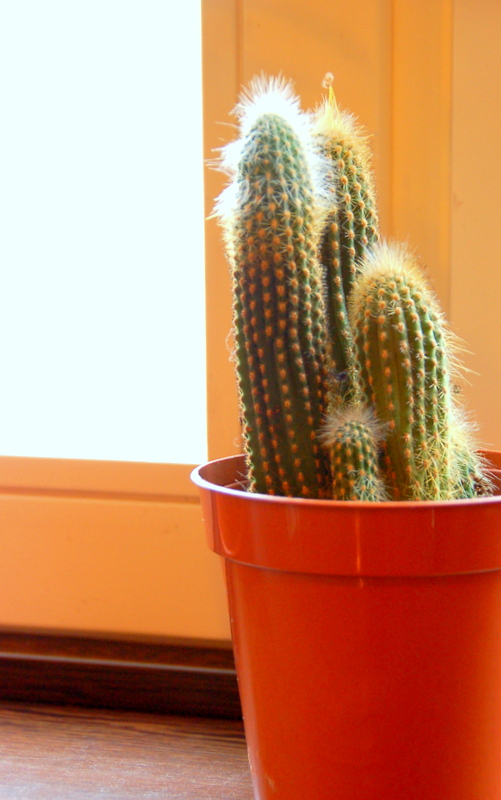 The verdict?  El Gallo is not really Mexican or even Tex-Mex as I know it.  But, it is edible, and not as far away as Berlin (or even Strasbourg).  It’s only fair to give El Gallo another try, though next time I’ll go for the fajitas or nachos.