Now that I’ve revealed all the things I miss about living in Deutschland, it’s time to confess that our time in Germany was not all natural beauty, biergartens, and brezeln.

In no particular order (because that just takes too much brain power which is currently being commandeered by small people), here’s what we think America does better.

Let’s be honest: many German kitchens are miserably small. Do a quick Google image search for “German kitchen,” and you’ll be inundated with images of sleek, spacious cooking spaces.

People, this is not reality. I’ve never seen a kitchen like that outside of IKEA. Most German kitchens look like this (1, 2, 3). Typically, they are housed in a separate room, completely closed off from the rest of the living space, often with a door like the one to your bedroom.

German kitchens often feel like just another closet with the added bonus of running water. They’re small, cramped, and usually pieced together – a product of moving your entire kitchen with you when you change apartments. I do NOT miss my Barbie dream house kitchen with exactly 18” of counter space. Nope, not one bit.

Okay, a tiny part of me would love to have a sliding door on mine (you know, to bake and consume an entire batch of chocolate cupcakes without the three hungry little monsters noticing). But, the remaining 99% of me loves my open American kitchen with loads of counter space. 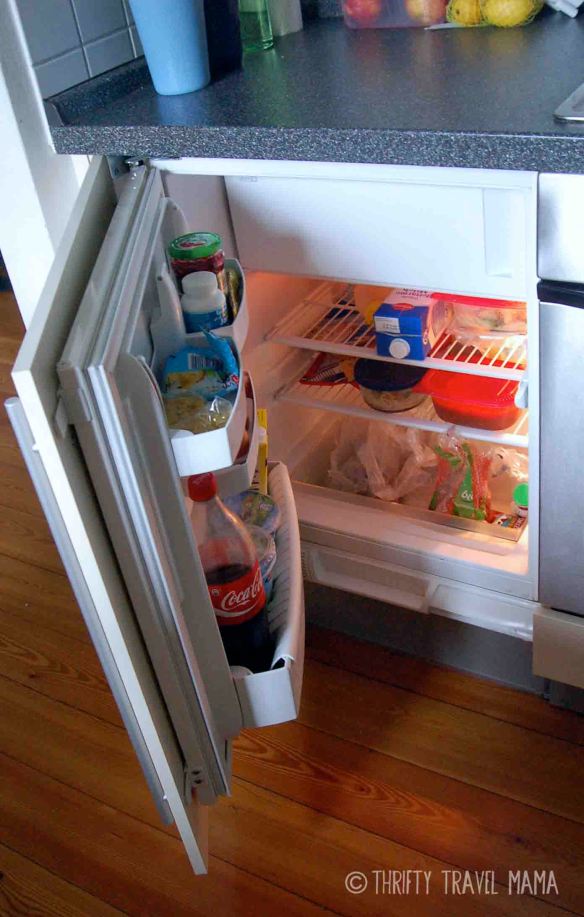 Because of that whole thrifty thing, I have to REALLY like or need a product in order to spend money on it. Being picky means I rarely know if I like a certain something without seeing or trying it at home. Often, I end up schlepping the item back to the store for a refund.

In Germany, returning items was never simple, and it was often difficult or impossible outside of Amazon or big chain stores. Returning items in the US is a breeze, usually without any questions asked beyond, “Do you have your receipt?”. I love the American attitude that the customer is important, and it sure is nice that companies in the US work to earn and keep your business.

We don’t eat out very often for several reasons, but it’s mainly because cooking at home has become our habit.

In Freiburg, we only ate in a handful of restaurants because the food was usually bland AND expensive. We became accustomed to cooking from scratch all.the.time.

After Charlie was born, I longed for the ease of take-out or even a drive-thru that was not McDonalds or Burger King. No such luck.

Even though we still don’t frequent restaurants, we now have options. I don’t have to go searching for the one lone taco truck that serves the only decent food in town; I can just pull up reviews of local joints on my phone. Mexican, Indian, Persian, Korean – they’re all within reach, delicious, and often affordable.

All Chipotle, all the time!

Oh, and while we’re at it…. let’s give an honorable mention to FREE REFILLS. Outside of Ikea, this just does not happen in Europe.

It’s one thing to be an outsider; it’s another to feel like one. I never expected to be German or to feel German, and I was okay with that.

But, what I never could have imagined was that my kids would be treated as outsiders, not once receiving a birthday or play-date invitation from fellow kindergarten pals in four years. 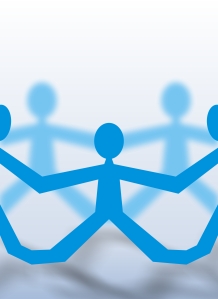 I didn’t like that my son’s educational prospects were grim just because he wasn’t a native speaker. And, it wasn’t particularly enjoyable to be stared out whenever I spoke English in public with my kids.

Though I still don’t feel quite at home in America, it’s not as hard to assimilate here. Making friends is simpler; birthday party invitations are easier to come by. I might always be a triangle, but cracking the social code is more manageable in the motherland.

Leaving a piece of your heart in another part of the world is just plain hard. Striving to see the good in where you are – right here and now – is vital to keeping your head above the depressing waters. There is good in every place if we only take the time to look hard enough for it.

If you’ve repatriated, what do you NOT miss about your host country? If you live in America, what do you love about living here?

9 thoughts on “Expats Move Home: What America Does Better”