This post appears as part of the current Expats Move Home series that chronicles our family’s journey transitioning from German to American life.

If you were born in North America any time in the last century, chances are you’re well-versed in Goodnight Moon. For those not in the know, it’s a classic tale of a child – or a bunny, in this case – bidding goodnight to each little thing in his room before he finally slips off to sleep.

Goodnight cow jumping over the moon.

Goodnight light, and the red balloon… 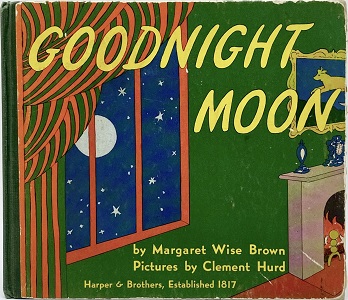 When it was time to leave Germany, we found ourselves in a similar story. Not goodnight, but Goodbye, Freiburg.

With parting words to favorite people spoken, we turned our efforts to personally bidding farewell to each and every well-worn corner of our beloved city of Freiburg.

I wrote on Wednesday about the importance of saying goodbye (you can catch up here). In that post, I mentioned an article from my fellow expat Ute in which she also explains:

Every member of the family will benefit from gradually saying goodbye to the 4 “p’s”: people, pets, places and possessions.

No, the trees that welcomed autumn and signaled spring each year aren’t going to hug you back (well, not literally anyway), and that creamy dark chocolate gelato you first tasted on a double date won’t last more than a few minutes.

But long after you’re gone, these sights, smells, and flavors are what you’ll remember. Thank goodness it won’t be all the bumbles and blunders.

The importance of closing chapters in each of your favorite spaces is not to be underestimated.

In the hubbub of packing and planning, I hurriedly scribbled a list of our favorite experiences, spaces, and literal things we as a family wanted to savor one more time. It wasn’t pretty, it wasn’t worth framing, but it was ours. Uniquely us.

And, though time was not on our side, we worked through the list with purpose, devouring Brezeln, Laugencroissants, and the ubiquitous Apfelschorle one more time.

And every Sunday thereafter.

Our little flat was nothing fancy. In fact, it was quite the opposite with its hospital-grade linoleum floors, vinyl “baseboards,” and industrial metal door frames.

But, it was home. The four, then the five of us shared 900 square feet and one toilet for four years. We hosted Thanksgiving for a score and squeezed in families of comparable size for the weekend. It was the only home our boys could remember.

Bit by bit, box by box, we said goodbye.

And the sound of our laughter.

In an effort to not completely ignore our children while packing up our lives, we also dropped by the boys’ favorite parks.

The dangerous ones were always the best.

Here my boys spent their hours.

We cycled together along the river. We strolled around the Marktplatz. We splurged on a fancy grill picnic in the park, all the while letting the camera do its work of recording each and every favorite.

Speaking of cameras, we also hired a photographer to shoot photos of us in the city that became so foundational to our family.

Our third child was born here, our two older boys only remember life in Germany, and we will forever be Triangles thanks to our German expat experience.

Your steeple scraping the sky.

At least to your scaffolding

I’ll never have to say goodbye.

For several hours, our photographer captured glimpses of all the things we loved about Freiburg. Sure, the city is fabulous on its own. But, having a photographer there gave us the opportunity to freeze and remember ourselves in those spaces. The prints now hang in our new home, reminders of how we lived and what we loved in the city.

Life in Germany was often difficult, sometimes mercilessly so, but it was also remarkably beautiful. It is that part I choose to cherish, sometimes mourn, and will never forget.

When you’ve moved to a new place, what are some things you’ve done to remember your old home, old life? Do you think these memory makers help ease the transition?